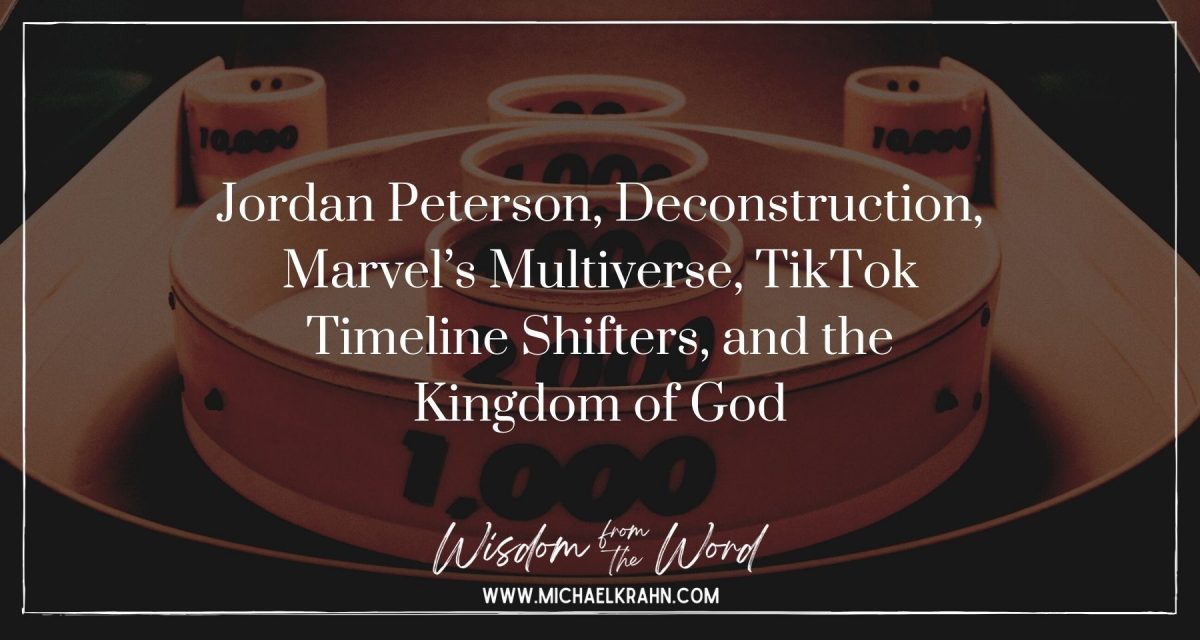 This is a weekly roundup of pieces I read on other sites around the web. Click on the titles to open the articles in a new tab. Happy reading!

Jordan Peterson: Open the damn country back up, before Canadians wreck something we can’t fix

A scathing assessment of the handling of COVID by Canada’s politicians:

“There are no risk-free paths forward. There is only one risk, or another. Pick your poison: that’s the choice life often offers. I am weary of living under the increasingly authoritarian dictates of a polity hyper-concerned with one risk, and oblivious to all others. And things are shaking around us.”

What do you think? Is he right?

Is Deconstruction the Same as Deconversion? A Few Reflections on Reforming the Church

Deconstruction/deconversion has been an area of interest for me for many years. And I agree with the assessment made here:

“For many, it [deconstruction] simply means that we should ask hard questions about whether the version of Christianity we are following is consistent with the Scriptures, or with historic Christian beliefs through the centuries.”

I went through a process like this myself in my 20s and I’m glad that I did. It was long, hard, and sometimes scary work, but in the end I emerged with a stronger faith.

Marvel’s Multiverse, TikTok Timeline Shifters, and the Kingdom of God

“Just as a supernova explodes a star into trillions of nebulous particles, a disenchanted world explodes the human mind into an endless, anxiety-inducing nebula of alternative selves. No one needed theoretical physicists to propose the multiverse. The modern mind was already living in one.”

If you are into quotes and quote graphics, check out my Instagram page (link below)

A post shared by Wisdom from the Word (@pastor.michael.krahn)

Photo by Sean Thomas on Unsplash

We all know that we sometimes say less than we should in order to keep the peace and not make things awkward, but we should give that strategy a second thought the next time we are tempted to employ it. The stakes are much higher than we can imagine.

Among the most helpful chapters in Jordan Peterson’s 2018 book “12 Rules for Life: An Antidote to Chaos” is a chapter entitled “TELL THE TRUTH—OR, AT LEAST, DON’T LIE”. Peterson offers much that is helpful in understanding some of the bigger themes of scripture – in this case, the nature and importance of truth-telling.

In his first letter to the Thessalonian church, Paul writes: “But just as we have been approved by God to be entrusted with the gospel, so we speak, not to please man, but to please God who tests our hearts… Nor did we seek glory from people, whether from you or from others…” (1 Thes. 2:4,6) Paul’s primary concern is not to please people with words, but to speak the truth to them.

Living in the presence of people whom you have offended with words is a taxing circumstance, and if we have given offence unnecessarily, we should repent. But if it is a situation in which the truth of the gospel is in conflict with the spirit of the age, we should not hesitate to speak the truth – even if it offends.

Pleasing people with our words and receiving glory from them is a temptation we all face. The lure of approval and acceptance is an enticement to compromise, to speak a little less than the truth, or to betray the truth altogether. The consequences of such actions are grave, as explained by Peterson: “When the lies get big enough, the whole world spoils. But if you look close enough, the biggest of lies is composed of smaller lies, and those are composed of still smaller lies—and the smallest of lies is where the big lie starts.” (Kindle Loc. 4353-4354)

If the Truth Sets Us Free…

If it is a fact that the truth sets free those who are in bondage to error – as Jesus clearly taught – it is no act of love to withhold the truth from anyone. Boldness, of course, must not crowd out compassion, but a faulty conception of compassion has too often murdered truthfulness.

And not only is this avoidance of truth detrimental to others but there is also a personal impact: “If you betray yourself, if you say untrue things, if you act out a lie, you weaken your character. If you have a weak character, then adversity will mow you down when it appears, as it will, inevitably. You will hide, but there will be no place left to hide. And then you will find yourself doing terrible things.”(Kindle Loc. 4072-4074)

We might get sidetracked here on the question Pilate so succinctly uttered: “What is truth?” Although massively important, that is not the point at this moment. We all know that we sometimes say less than we should in order to keep the peace and not make things awkward, but we should give that strategy a second thought the next time we are tempted to employ it. The stakes are much higher than we can imagine.