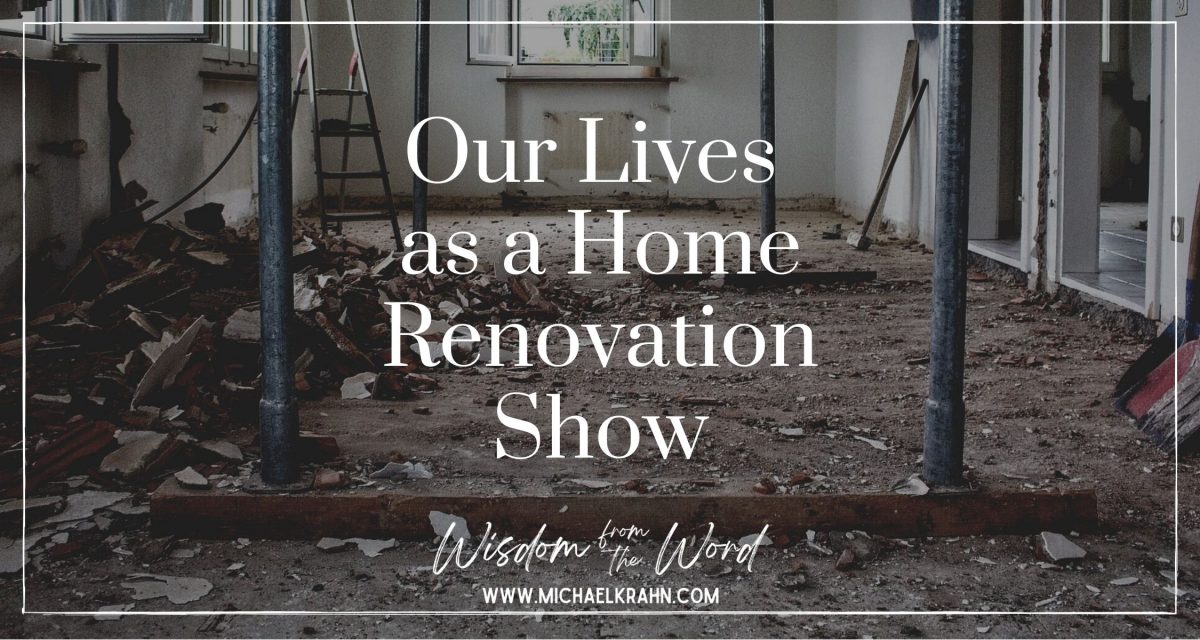 If we look for parallels between those “forty years” and the past twenty-four months (and counting) we might understand the last two years a little better.

The Lord has continued to lead us in ways that encourage our humility, but are we any more humble than we were two years ago?

The Lord has tested us to see what is in our hearts. What has been revealed?

To be honest, there is a whole lot in my own heart that I wish had remained concealed. And this seems, broadly, to be the case.

The evidence of an increase in the fruits of the Spirit seems far less than the evidence of the increase of anger, slander, selfish ambition, deceit, deception, rebellion, and conceit.

If our lives over the last two years were a home renovation show, “the reveal,” in many cases, has been a serious disappointment. We were quite capable in the demo phase, but the debris of our demolitions still lies scattered about, and any hope of reconstruction seems hopelessly delayed. Where reconstruction was possible, instead we’ve seen further demolition.

Many people’s lives and our society at large seem to be in ruins and heading for more of the same. It doesn’t look like this renovation show will end with the usual awestruck celebration.

And yet, somehow, for those who are in Christ, it will.

The timeline will be a little longer and certainly less tidy and predictable than the tightly scripted thirty-minute renovation shows, but regardless of how much destruction we bring on ourselves, each other, and the world, all that we see before us will be made new...

“And I heard a loud voice from the throne saying, ‘Behold, the dwelling place of God is with man. He will dwell with them, and they will be his people, and God himself will be with them as their God. He will wipe away every tear from their eyes, and death shall be no more, neither shall there be mourning, nor crying, nor pain anymore, for the former things have passed away.’

This future reality is no excuse to be careless, flippant, or detached from the present. It is an encouragement for the embedded people of God as they live carefully and seriously in a volatile and hostile world.

Photo by Stefan Lehner on Unsplash