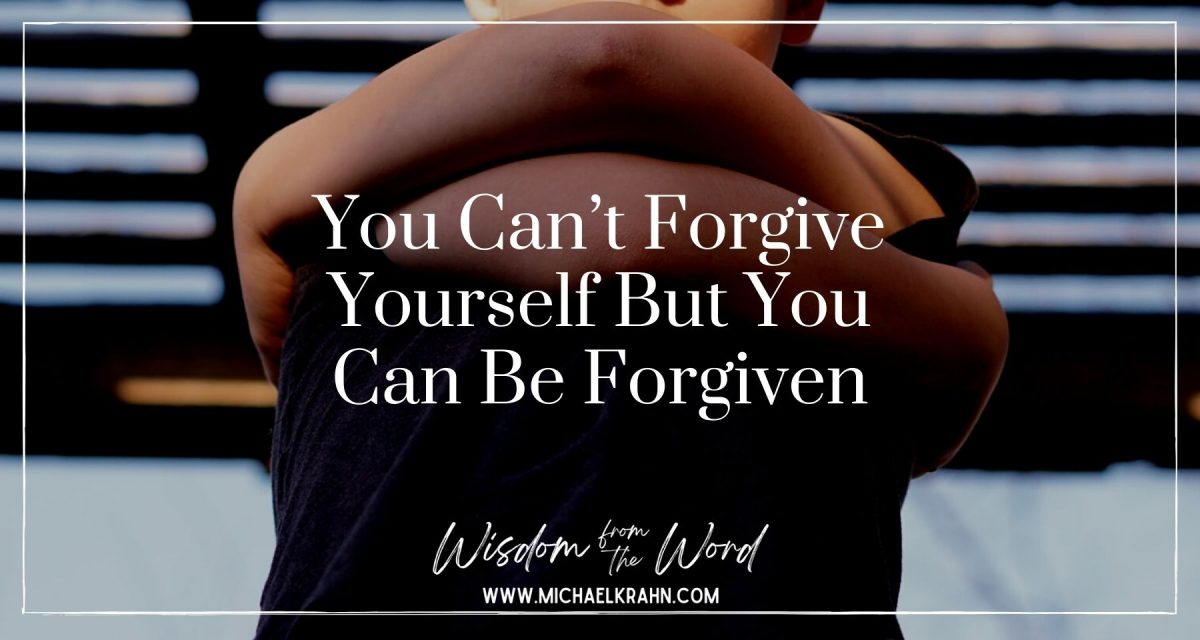 In Genesis 50:15-21, we see that after Joseph expresses his forgiveness to his brothers, they still find it hard to accept and trust him. Believing it was their father’s presence that ensured their safety, they concoct a story shortly after his passing to deceive Joseph into treating them well. This deception is unnecessary since Joseph was completely sincere in his earlier expressions of forgiveness – as we saw in Genesis 45:5,15.

“I Can’t Forgive Myself!”

Not only did they find it difficult to accept his forgiveness, in terms of a phrase commonly used today, it also seems they weren’t able to “forgive themselves” for what they did to Joseph and were assuming that he would eventually take revenge on them. But can we “forgive ourselves” for sins committed against others?

In Scripture, we see forgiveness granted to us by God and by others whom we’ve sinned against, but we don’t see anyone “forgive himself.” (For further reading on this idea, see the article “Say No to the Gospel of Self-Forgiveness”) The truth is that not only do we find it difficult to forgive, but we also find it difficult to accept forgiveness. And both of these are manifestations of a lack of faith.

When we refuse to forgive, we withhold what God has freely granted both to us and to others. We see that Joseph understands this when he says, “Do not fear, for am I in the place of God?” (50:19)

Saying “I can’t forgive myself” is really an admission that we are refusing to accept what God has freely granted to us. There may be many complex reasons for this, but for those who are stuck in the loop of repeating this phrase, faith in God’s forgiveness must steadily chip away at our reluctance to accept it.

We contradict God if we claim that what we’ve done is unforgivable, for who are we to withhold from ourselves what God has freely given to us for his glory and our benefit?

You can’t forgive yourself but you can be forgiven completely. God freely offers forgiveness for any sin you have committed. You don’t need anything more than that.

“We should never minimize our own trauma or that of others, and what we’ve experienced may take many years and conversations and much prayer to overcome, but we are not created to live as slaves to our past hurts.” 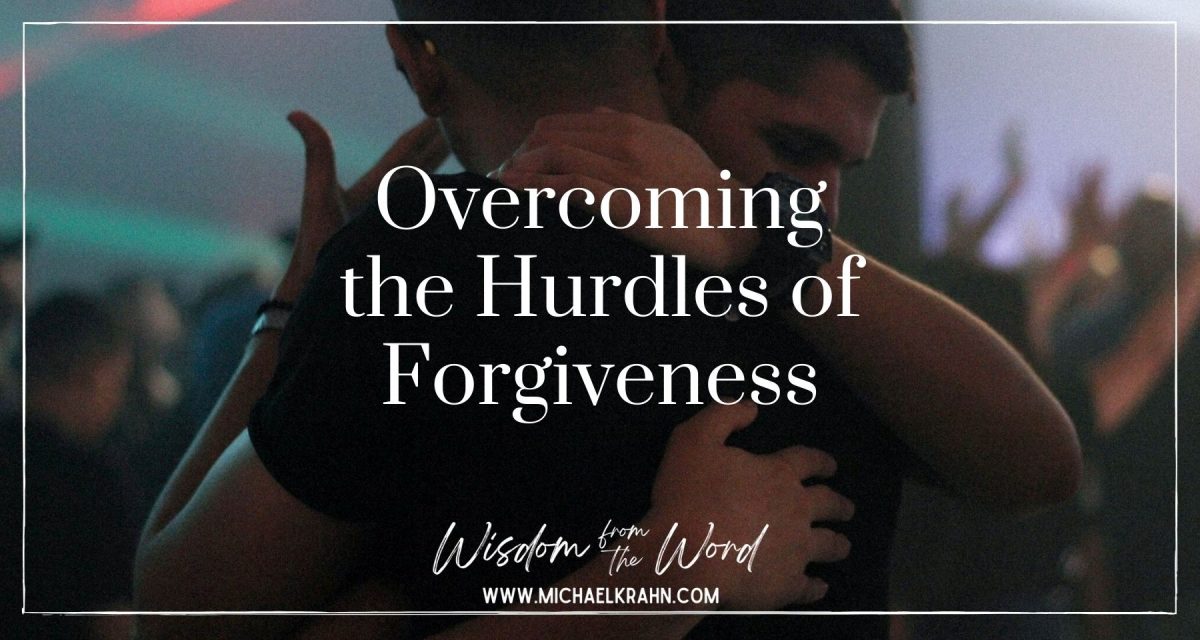 In the dramatic story of Joseph and his brothers, Joseph finally reveals himself to them and then says:

How many of us would find the hurdle of forgiveness easier to overcome if we took Joseph’s perspective as our own? This may not have been his outlook immediately after being sold into slavery by his brothers, and it may have taken some time for him to forgive them, but his trust in the ultimate goodness of God’s plan is something we should seek to emulate.

Too often people spend many painful years in bitterness and unforgiveness. Some even believe they need to “forgive God” for what he allowed to happen to them. But we find no such perspective affirmed in the pages of scripture. We find faithful servants (who are no doubt touched by the trauma of their experiences) proclaiming by faith that God is good and that he is sovereign over all things.

We should never minimize our own trauma or that of others, and what we’ve experienced may take many years and conversations and much prayer to overcome, but we are not created to live as slaves to our past hurts. Joseph was able to live a fulfilling and productive life because he was not bound to the hurts of his past. We can do the same.

Photo by Thiago Barletta on Unsplash