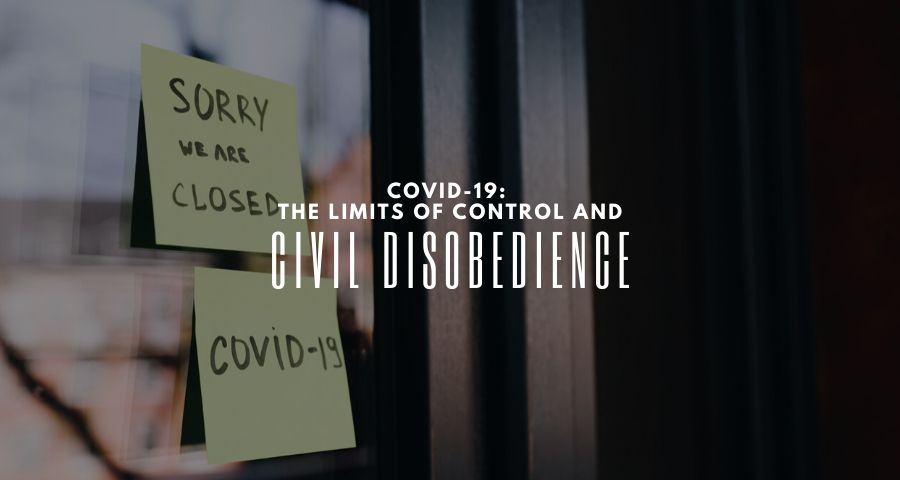 If we begin to see overreach – that is, if reasonable social distancing rules are used as a platform to exercise unwarranted control over the lives of citizens – we should all be concerned.

The daily glut of information on offer is a challenge to sift through, much less deeply engage with. I’ve been trying to stay tuned-in, to read as widely as possible, and process my thoughts here, publicly, to see if I can move the conversations we need to have in a positive direction. Here’s what I’m pondering today.

The Limits of Control

When it comes to the enforcement of recently enacted laws, if we begin to see overreach – that is, if reasonable social distancing rules are used as a platform to exercise unwarranted control over the lives of citizens – we should all be concerned.

And what we seem to be seeing is a growing number of examples of over-enforcement of rules that aren’t exactly clear in the first place. People are being fined or threatened with fines for shooting hoops alone in a public park, having a social-distancing birthday parties from their cars, and a host of other examples.

This is concerning because of its downstream consequences. If you ticket people for “creative compliance” there will be a cratering of morale in the population, and this will have widespread negative impacts. In addition you run the risk of angry citizens throwing their hands in the air in frustration and pushing back. We are beginning to see this happen and, obviously, it is not a good development.

While in my previous post I stated that as Christians it is our desire and duty to obey, respect, and comply with those in authority over us, civil disobedience cannot be taken off the table of options. At the same time, the bar for civil disobedience must be set very high. Kyle Borg, in a post at Gentle Reformation, explains:

The in-progress case of civil disobedience  by a local church in my hometown – and the town where I currently pastor – is an interesting case study. The pastor of this church, Henry Hildebrandt, has determined that the threshold has been met and has decided to hold services in defiance of the authorities.

Anyone is free to comment, but if you are a Christian – and especially if you are a church leader reading this – where are you at in weighing the evidence for and against the justification for civil disobedience at this time? I’d love to discuss this with you. Leave a comment or send an email below or comment below the article on Facebook or send me a private message there.

One thought on “COVID-19: The Limits of Control and Civil Disobedience”