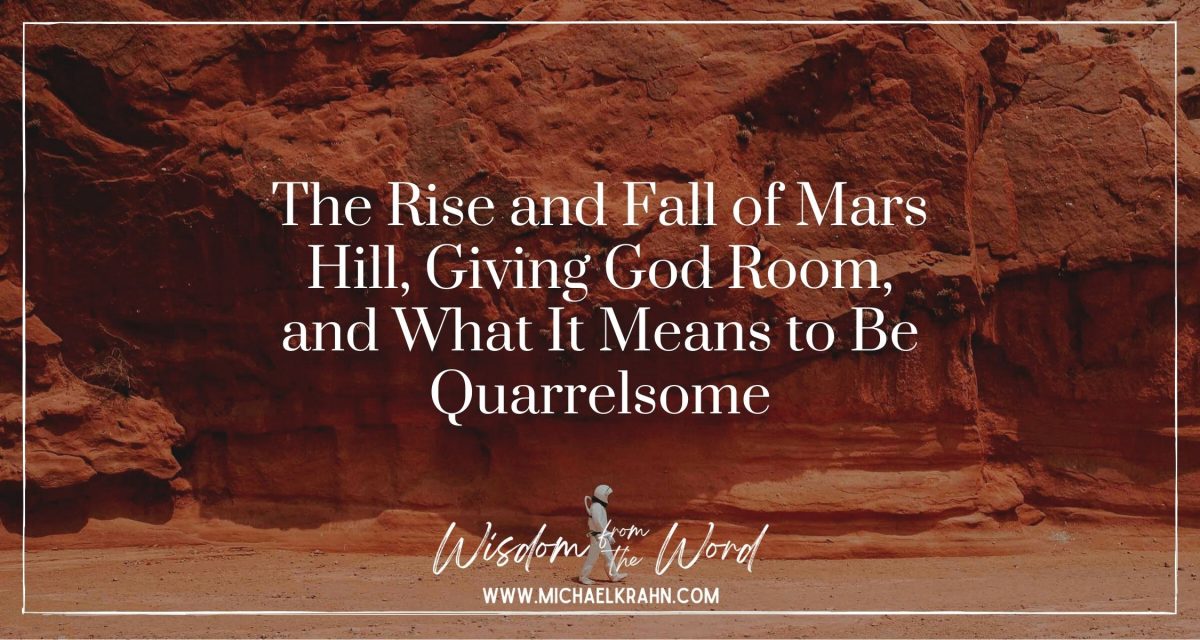 “Pragmatism is a results-driven orientation, especially results that can be measured, like dollars in the plate or bodies in the pew. It throws overboard almost everything else the Bible says about being a church in pursuit of those numeric goals. Little by little, churches value leaders more for their giftedness than their faithfulness, their charisma more than their character.”

“Rather than trying to control and manipulate a situation in order to bring an end to our problem, we’re to give God room in order to work in his own perfect timing.”

“Examples abound in the Bible of those who impatiently attempted to orchestrate a solution to their problem, even though they knew they ought to wait on the Lord: Abraham, Jacob, Saul, David, and others, including Sarah… Clearly, the Bible tells us we’re not to respond to challenges with worry or a desire to manipulate or control … but how, then, do we glorify God in the midst of difficult situations and great stress?”

Will McKinney – What Does Paul Mean By “Quarrelsome”?

“Simply put, a quarrelsome man argues about foolish controversies. He doesn’t have the sense to realize that what he is talking about will not be profitable. He continues to tread into conversation topics that breed division, not unity. He focuses on secondary or tertiary issues of the faith in an argumentative fashion; he frequently wants to argue and discuss these things.”

“At times, it’s important to discuss controversial or challenging topics. How a man addresses these topics will show his character. When they’re discussed, they should be done while showing consideration for others (Titus 3:2).”

Photo by Nicolas Lobos on Unsplash