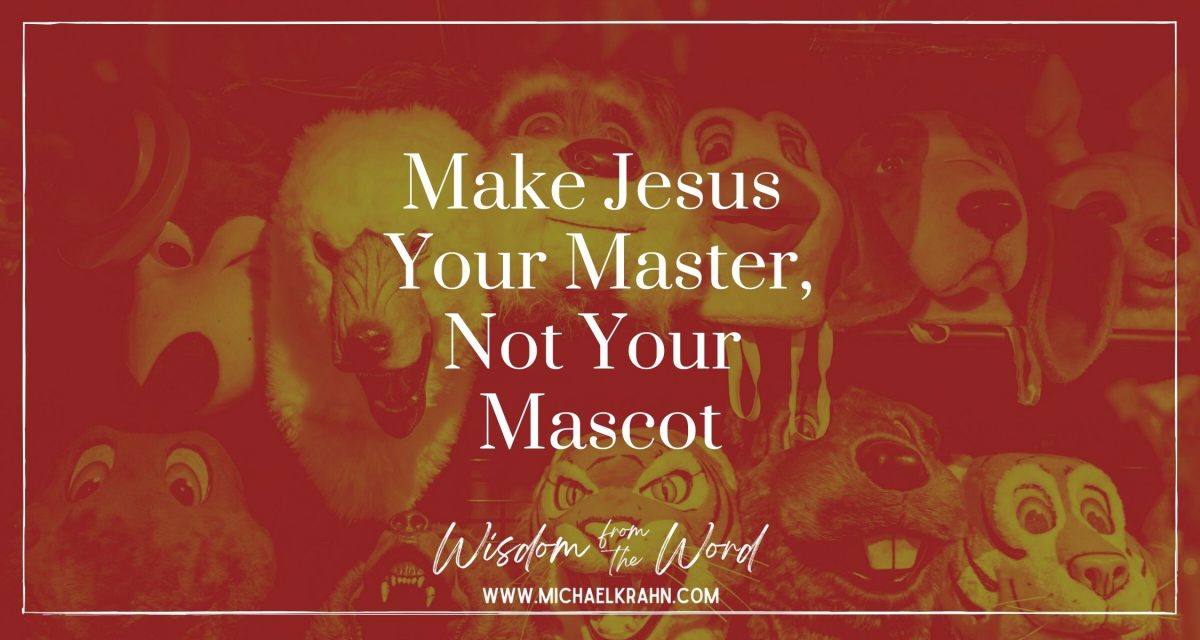 These are among the most cutting words uttered by Jesus that we have on record. When we call him our Lord and Master but ignore his commands, we are every bit as hypocritical as the Pharisees.

I can see this broadly:

On one branch of Evangelical Christianity, there is a Jesus who is little more than a mascot for personal and political goals. God’s word is not taken seriously but small portions of it are presented forcefully as justifications for ungodly pursuits. This Jesus is all about contention, confrontation, and the harsh condemnation of those who refuse to get in line.

This is a portrayal of Jesus that many choose to reject, and this is not entirely wrong. But when I hear stories of people leaving the church and deconverting from this kind of Christianity, my heart still fills with sadness and grieving. It is not real Christianity that they are turning away from but in the process, they often turn from the real Jesus.

On another branch of Evangelical Christianity, there is a Jesus who never contends, confronts or condemns anyone. This Jesus never asks anyone to deny themselves, take up their cross and follow him. God’s word is not taken seriously here, either. Passages about sin, for example, are ignored, explained or reinterpreted to make a better fit with the world at the moment.

The Jesus of the Gospels contended when necessary, but he was not contentious. He could be confrontational, but he was wise in choosing his battles. He condemned those who knowingly worked against the purposes of God while offering grace to those who struggled to obey.

But I can see this more narrowly as well, more personally:

Why do I sometimes fail to do what Jesus clearly tells me to do?

Why do I set up my own lesser and easier standards when the standard is already set by the one who knows all and laid down his life for me?

Why do I repeatedly seek to set up my own kingdom as an impenetrable fortress when I already belong to a Kingdom in which I am infinitely loved and eternally secure?

Why do I call him “Lord, Lord,” and not do what he tells me?

In one word: selfishness.