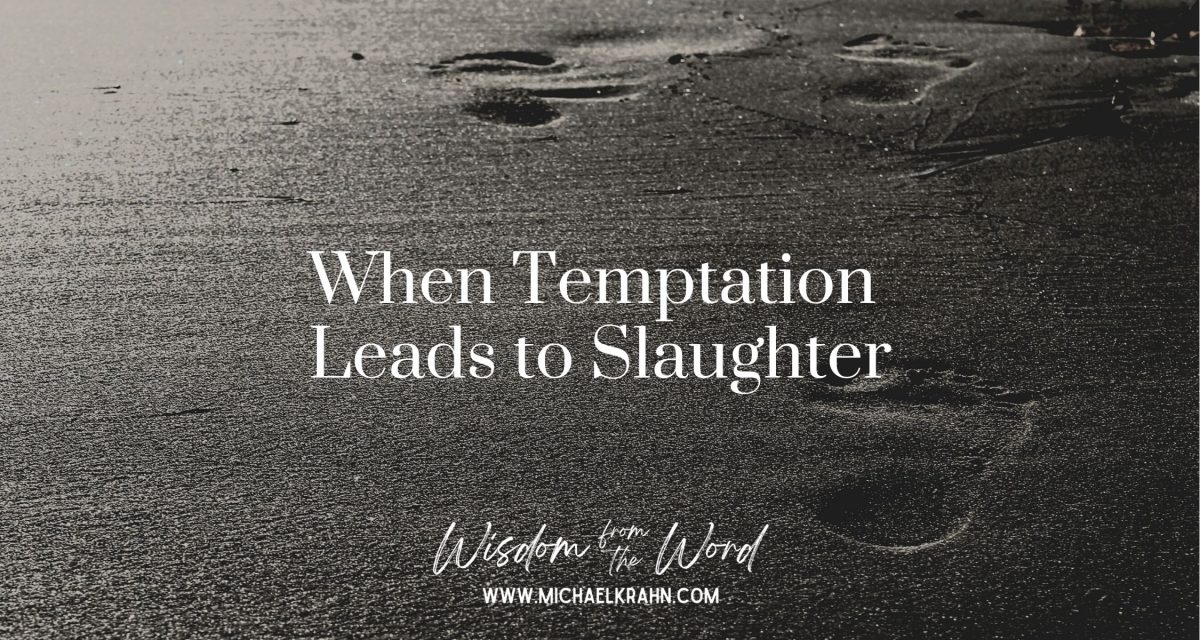 In a scene in Proverbs 7:22-23, a young man is in thrall to an adulterous woman and we read that “All at once he follows her, as an ox goes to the slaughter, or as a stag is caught fast till an arrow pierces its liver; as a bird rushes into a snare; he does not know that it will cost him his life.”

In the preceding verses (10-21), we see a taxonomy of scheming temptations. The woman has been pleading with him to succumb to her earnest appeals. And then “all at once” he follows her. This doesn’t mean he wasn’t tempted until this point, but that he feigned unwillingness – but it was all part of the dance. And now this persistent chipping away has exposed the wide fault lines of his weak dam of resistance.

This seemingly sudden surrender was sealed long before the temptations were applied. The young man had earlier ensured his fate by moving toward temptation instead of away from it. The narrator explains: “I have perceived among the youths, a young man lacking sense, passing along the street near her corner, taking the road to her house in the twilight, in the evening, at the time of night and darkness.” (v7-9)

We almost always lose our battles with temptation long before any physical action occurs. Temptations abound; if we don’t recognize and identify them, we will be gently led astray. And if we do, in fact, recognize them but walk toward them anyway, we should not fool ourselves and think that we too will not “all at once” be overcome by them.

Lust, gossip, slander, greed, or some other pernicious sin is at this moment “crouching at your door” (Gen. 4:7), preparing to invite you to abandon the path of righteousness and enter its false haven of pleasure, of finely covered couches and fragrantly perfumed beds.

Recognize this reality early and daily and walk in the other direction. Remain on the path of righteousness by doing as Paul instructs in Galatians 5:16: “But I say, walk by the Spirit, and you will not gratify the desires of the flesh.”