I’m far enough now in my pastoring journey to tell you from experience that the long hard years of struggle are worth it. Not everyone is called to this, and not everyone should desire to be called. But to this, I am called. And there’s nothing I’d rather do. 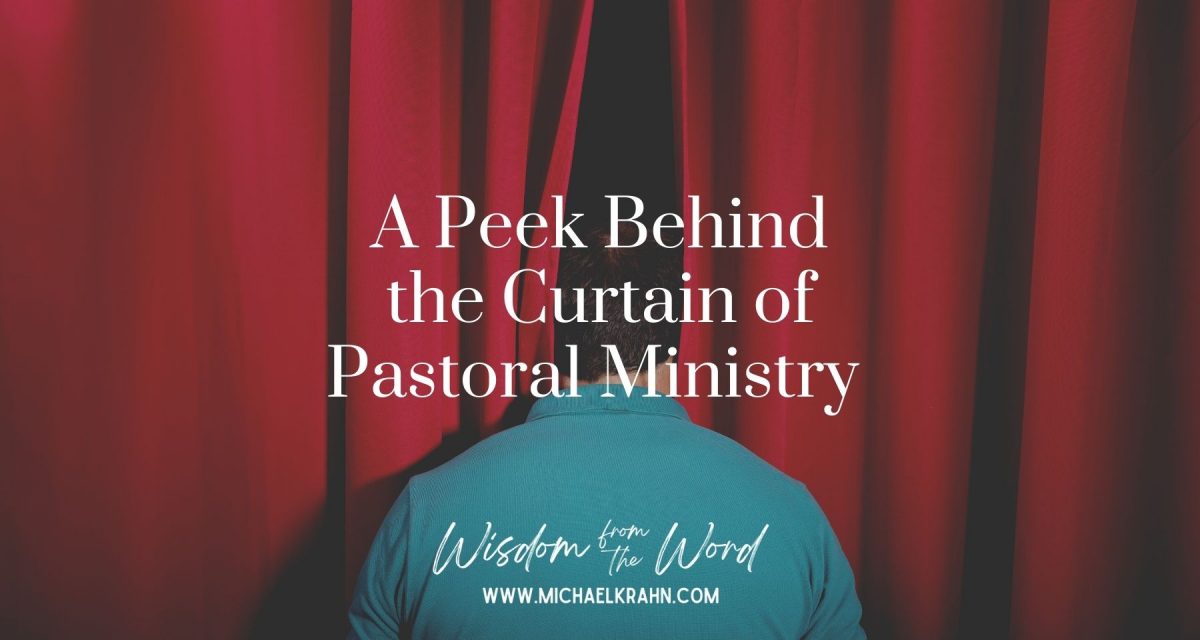 If you’ve never had an opportunity to peek behind the curtain of pastoral ministry, you’re likely unaware of some of the darker experiences of this vocation. It’s definitely not for the faint of heart, and pastors who stay in one place long enough inevitably experience seasons of discouragement, fatigue, turmoil, and attack.

During these times it is easy to look elsewhere for love and affirmation. Another church calls, for example, and asks you to be a guest preacher in their worship service or at a special event. There’s nothing wrong with accepting, of course, and as long as your motives are pure it can be a refreshing adventure.

When you step onto a stage and face a group of people who have invited you, this one time, to speak to them about something, you know there’s probably a lot of affirmation in store for you afterwards. But this can (and often does) quickly turn into a kind of spiritual adultery. Not to stretch the marriage metaphor too far, but you might see an attractiveness in them; they might see the same in you. It’s like flirting, and it’s just as dangerous: you imagine possibilities you shouldn’t; you entertain thoughts better left unexplored.

Those who’ve invited you to speak don’t know much about you. They’ve probably heard some good things and want to check you out for themselves – possibly without an additional motive, possibly not. They might just be looking for a good guest preacher, but it’s also possible that there’s a vacant pastoral position at their church.

All you really know is that they thought well enough of you to invite you to speak and now here you are speaking, and there they are in front of you, attentively listening to your words.

The Clean Slate Illusion
Unlike when you look out at your own congregation, you have no idea who’s struggling with bitterness, battling substance abuse, thinking of leaving their spouse or addicted to pornography. Maybe none of these people are struggling with those things, but most likely some of them are. If you lack the insight and experience to know that this is true, it can make this new group of people an appealing avenue of potential escape from your current troubles.

At the same time, they look at you and see someone with a clean slate and tremendous potential. They don’t know about the things you struggle with as a human being and a pastor. They don’t yet see your annoying habits or your character faults.

It seems like a match made in heaven, but as long as it’s based only on what we’ve presented to each other as our best selves, it’s probably doomed to failure.

Other Opportunities
And there are other opportunities to make an exit from a painful situation. There’s the lure of publishing and subsequent speaking opportunities on the conference circuit. No doubt some are called to this form of itinerant ministry but some pursue it as an escape from the rigours and limits of local church leadership.

The truth is, with all this affirmation from people who don’t know you as well as your own congregation does, it’s quite easy to succumb to the temptation to be impressed with yourself too! And when you’re a pastor and it’s been a rough week (or month… or year!) it’s quite easy to start thinking about these other things you do on the side that seem to have a considerable upside and virtually no downside.

But in the end, this is an illusion. Being a best-selling author and travelling speaker has an appeal, but the truth is I would miss the daily strains and pressures of pastoring. I would miss the discipline that it builds into my life and the time and opportunities it affords me to take long looks at God’s word on a regular basis.

I’m far enough now in my pastoring journey to tell you from experience that the long hard years of struggle are worth it. Not everyone is called to this, and not everyone should desire to be called. But to this, I am called. And there’s nothing I’d rather do.